Pledge To Be Toxic-Free

Finding Out What Is In Our Personal Care Products Over the past year, your support has helped us make great strides in our efforts to get the makers of personal care product to either disclose or remove toxic ingredients from their products.

After U.S. PIRG helped push Procter & Gamble and Unilever to take steps to improve ingredient transparency, SC Johnson—maker of products like Glade—responded to our call for change. The company agreed to remove galaxolide, a toxic chemical associated with developmental problems, from its products.

Then for Mother’s Day, U.S. PIRG joined coalition partners to deliver more than 150,000 petitions to L’Oréal, calling on the company to remove chemicals of concern and disclose fragrance ingredients, which can include dangerous chemicals like phthalates and styrene.

Red And Blue States Agree On Modernizing The Vote 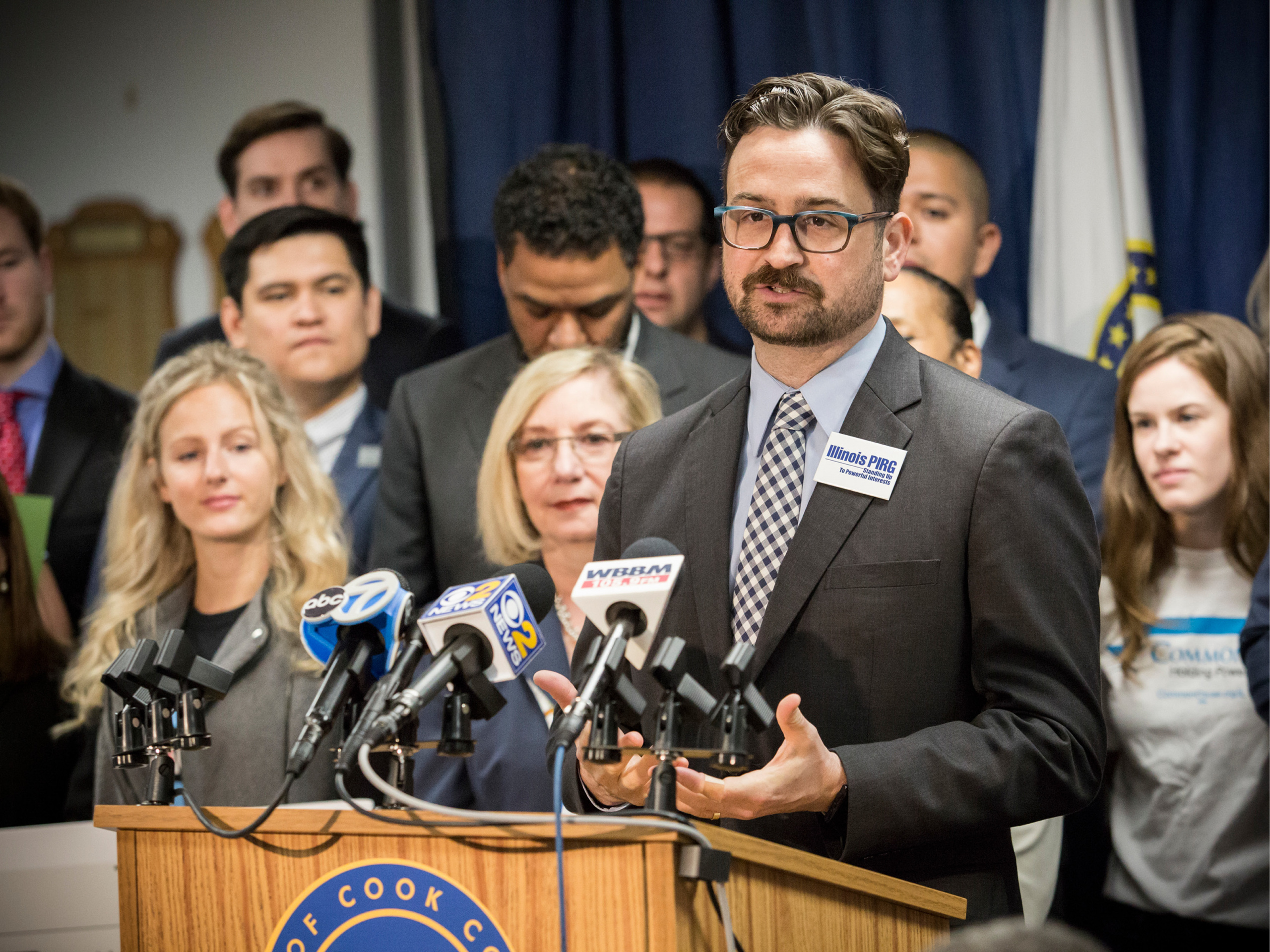 A simple, effective way to make our elections more modern, convenient and accurate is being adopted in red and blue states across the country, from Connecticut to Alaska.

It’s called automatic voter registration, and it works like this: Whenever a citizen interacts with a specific government agency, often the DMV, they’re automatically added to the voter rolls unless they opt out.

More and more states are adopting the policy. Thanks to the hard work of our colleagues at Illinois PIRG, this summer Illinois became the tenth state to approve automatic voter registration, passing the bill into law with unanimous, bipartisan support. Now, U.S. PIRG is working with our members to modernize the vote across the country. Crucial decisions that will affect our children’s health should rely on scientific evidence. But Environmental Protection Agency (EPA) Administrator Scott Pruitt’s decision not to ban chlorpyrifos, an insecticide sprayed on the food we eat, ignored the EPA’s own scientists, who warned last year that chlorpyrifos is linked to brain and developmental damage in children.

For years, science has shown that chlorpyrifos is dangerous. In fact, the EPA banned the indoor use of the insecticide more than a decade ago. But it’s still used on food crops, and the EPA estimates that 90 percent of American women have unsafe levels of chlorpyrifos in their bloodstream. Alongside our members, U.S. PIRG is calling on the EPA to revisit its decision in states across the nation to ban chlorpyrifos. Today, Americans are interested in whether their food is sustainable, and whether the farming practices that produce it help or hurt our health and the environment. Yet we spend billions of tax dollars every year on subsidies that incentivize practices that require more and more chemicals, putting our food, drinking water and health at risk.

But many farmers and researchers agree we can grow as much food as we do now without relying so heavily on chemicals. Shouldn’t we invest in farming practices that grow the food we need and also protect our health and environment?

U.S. PIRG is building a coalition of concerned citizens, farmers and health professionals. Together, we can convince our decision makers in Washington, D.C., that we need better farm policies—ones that support healthy farms and healthy families.