Los Angeles – Reacting to pervasive lead contamination in schools’ drinking water, CALPIRG gave California a C+ grade today for addressing the problem, according to a new national report. In the second edition of CALPIRG Education Fund’s Get The Lead Out study, the state showed some progress since its F grade on a similar report card in 2017. The American Academy of Pediatrics, California State PTA, and Compton Unified School district all joined CALPIRG in calling for swift action to ensure lead-free water in California’s schools and daycares.

“Schools should be safe places for our kids to learn and play, but California is still not doing enough to protect our kids from lead in drinking water,” said Ryann Lynn, CALPIRG Field Organizer. “We need policies that actually get the lead out of faucets and fountains in our schools and pre-schools.”

Thanks to a 2017 law authored by Assemblymember Lorena Gonzalez, all schools are required to have some of their drinking water outlets tested for lead by the summer of 2019. As our new interactive map shows, 45 percent of schools are still missing test results. So far, of the 55 percent of schools that have tested, one third of school districts had a school with lead levels at more than 5 ppb.1

“Lead is a potent neurotoxin, affecting the way our kids learn, grow, and behave,” said Dr. Alice Kuo from the American Academy of Pediatrics. “There is no safe level of lead for children.”

Most schools and pre-schools still have fountains or faucets that contain lead, and wherever there is lead, there is a risk of water contamination.

Nevertheless, current state law does far too little to prevent children’s drinking water from becoming laced with lead at school. Many schools are far behind in their testing, and only meeting the minimum requirement of testing five outlets per school site, instead of every outlet used for drinking and cooking. Most notably, California law allows schools to do nothing if they get back test results that are between 1 and 15 parts per billion (ppb), even though we know that no level of lead is safe for kids. In CALPIRG Education Fund’s comparison of 31 states, these shortcomings gave California a C+ grade.

CALPIRG is calling on school districts throughout the state to proactively install filters on drinking water fountains, test every outlet for lead, and commit to replacing pipes and plumbing fixtures wherever it is needed to get tests down to less than 1 ppb lead. For example, in 2017 San Diego Unified School District committed to testing every outlet for lead and replacing fixtures when even low levels of lead are found. Voters approved a local school bond measure last November that among other things, will help the school district fund the solutions needed.

“Drinking water in our public schools should not put the health of our students at risk. As a parent of young kids in school, I care as much as anyone about this issue,” Assemblywoman Gonzalez said. “I’m glad districts are starting to take this seriously since we passed our lead testing at school sites legislation. But more work needs to be done to ensure all school drinking water is safe.”

Additionally, CALPIRG is calling on the state legislature to help schools find funding solutions. A small state grant funding program is currently available through the California State Water Control Board, but it’s not nearly enough to address the problem in every district.

“Do we really want to wait for more tests to show that our kids have been drinking lead?” asked Diane Velasco Hyland a parent of three and grandparents of two children that attend Moreno Elementary School in Montclair, CA.  “It’s time to get the lead out.”

“Future school bonds should require schools to conduct testing and lead remediation, and have a distinct pot of funding to pay for it,” said Emily Rusch, Executive Director for CALPIRG. “Additionally, schools need a sustainable safe water fund to be able to budget for ongoing costs to change out filters for their drinking water fountains. Let’s make sure our schools are healthy environments for our children to grow and thrive.”

Parents in other states are demanding action too. CALPIRG Education Fund’s counterparts are working with doctors and parents and community leaders in seven other states to advance policies that Get the Lead Out of schools and daycares. 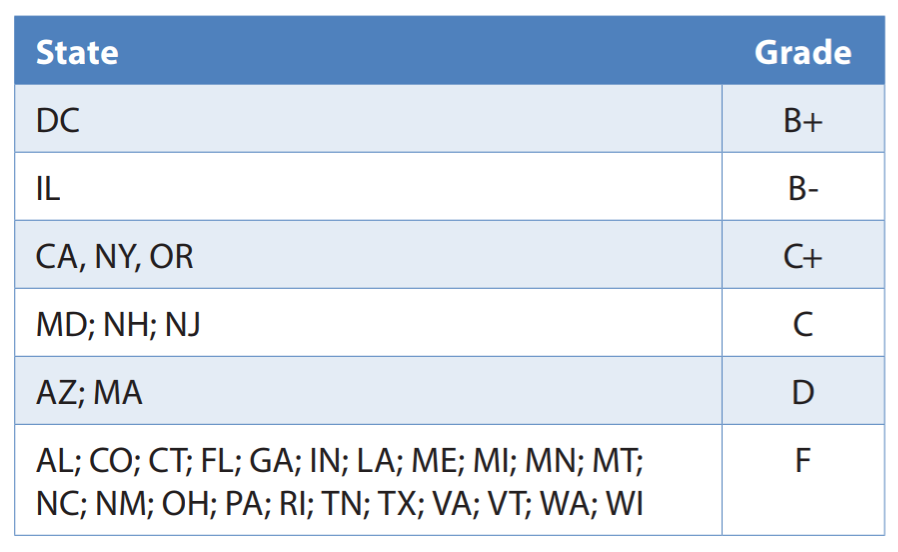